If you are married, in a common-law or conjugal relationship with a foreign national, you may sponsor your spouse to Canada.

Learn whether you QUALIFY

… and WHAT APPLICATION to submit

Let’s first find out how long it takes: 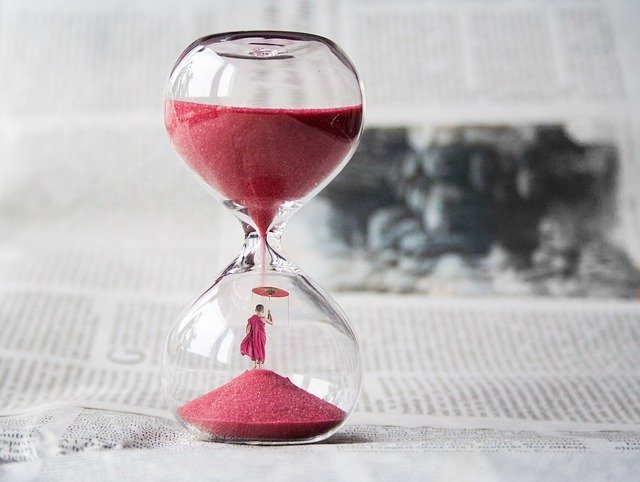 The Immigration, Refugee and Citizenship Canada (IRCC) has been successfully working on reducing processing times for applicants within the sponsorship program.

This is especially evident for applicants (i.e. foreign spouses) who reside outside Canada. The goal of IRCC is to reunite couples as fast as possible. This is an official government policy.

How fast is the processing in reality:

Applications of In-Canada applicants (i.e. foreign spouses residing in Canada with their sponsor) are, on average, processed in 12 months. This is mainly because the sponsor and the foreign spouse are already together in Canada, and therefore the processing urgency is not as strong.

In addition, unlike applicants from outside Canada, foreign spouses/common-law partners in Canada may benefit from a spousal open work permit while the sponsorship application is processed. This allows them to find employment while waiting for permanent residence. 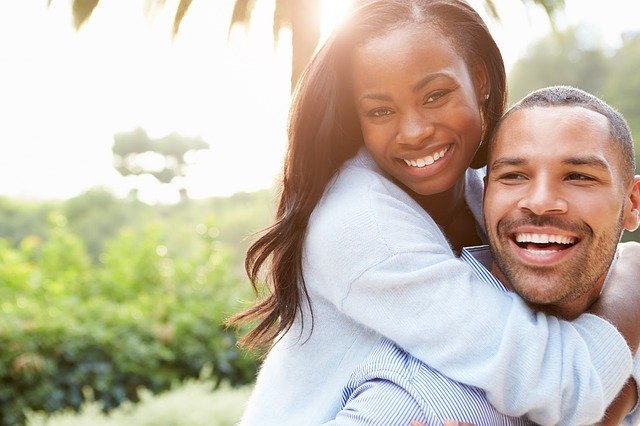 Avoid refusal or delays in getting your spouse PR Canada

In order to have a successful Spousal Sponsorship Canada Application, it is essential to make a number of well-informed decisions.

Sponsorship applications may be delayed, returned, or even refused due to missing or incorrect information.

You will need to be diligent when it comes to the submitted information and supporting documents.

It all starts with deciding whether you qualify and what application to submit.

On this page, we will guide you through this decision-making process.

Who can be sponsored

You can apply for Spousal Sponsorship Canada for your spouse (i.e. husband or wife), common-law or conjugal partner.

A SPOUSE is your partner to whom you are legally married. You can be married to a person of opposite or the same gender.

For marriages that took place outside Canada, it is required that such marriage is valid both under the laws of the country, state, or province where it took place and under the Canadian law.

Examples of marriages that are not acceptable under the Canadian law:

Example: Juan immigrated to Canada as a permanent resident in 2018. In his permanent residence application, he did not declare that was married to Veronica. He thought his application was going to be processed faster. Now, he would like to bring Veronica to join him in Canada. Unfortunately, he will not be able to do that as Veronica was not declared and examined in Juan’s original PR application. Juan also risks losing his own permanent residence status because of misrepresentation (i.e. did not say the truth).

A COMMON-LAW PARTNER is someone who you have cohabitated with (i.e. lived) in a conjugal (i.e. marriage-like) relationship continuously for at least one year. You can be in a common-law relationship with a person of opposite or the same gender.

Only short-term interruptions to the continuous cohabitation are permitted during the first year of the relationship. After one year of cohabitation, longer separation is permitted. In other words, even if you are physically separated for a longer period of time, you will still be considered being common-law partners.

Example: John is a Canadian citizen who lived for four years in the Philippines for a work assignment. While working abroad, John met Jasmine, a national of the Philippines. As their relationship became more serious, they rented an apartment and lived together for over 1 year. About 6 months ago, John’s company required him to come back to Canada. Jasmina has been unable to obtain visitor visa to accompany John to Canada. Since they lived together for over one year in a marriage-like relationship, John will be able to sponsor Jasmina for permanent residence, even though there has been an interruption to their cohabitation for about 6 months.

Common-law partners must provide proof of the cohabitation and show that they have combined their affairs in the fashion similar to a marriage. See also relationships of convenience.

A COJUGAL PARTNER is someone who resides exclusively outside Canada and with whom you have been in a relationship for at least 12 months. A significant barrier must exist that does not allow you to live together. It can be an immigration barrier, religious reasons, or sexual orientation.

What are relationships/marriages of convenience 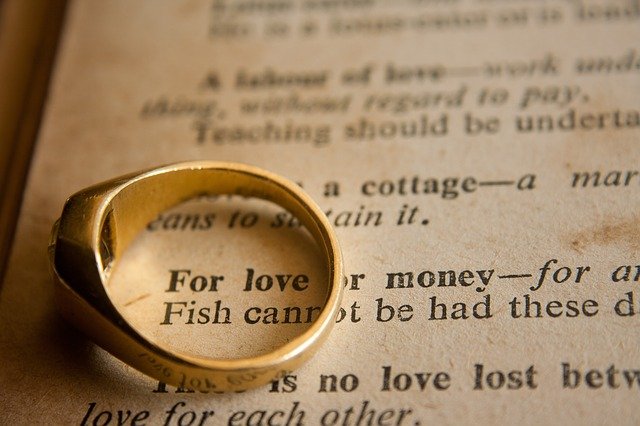 If the sponsor entered into a marriage or a common-law partnership primarily to obtain an immigration status in Canada for his/her partner, such relationships are not considered genuine. They are called: common-law relationships or marriages of convenience.

Example: Mike marries Isabella who is the daughter of the Airbnb owner where he stayed while on vacation overseas. He marries Isabella only to help her and her young daughter get a better life in Canada. This is a marriage of convenience.

Generally, IRCC officers suspect relationships or marriages of convenience when insufficient documentation is provided to document the relationship of a couple who are married or in a common-law relationship.

Couples who married shortly after they had met are often required to provide additional information to clear any doubts whether their relationship is genuine.

Similarly, sponsors and spouses who had been in multiple prior relationships may be suspected of a fraud.

Sponsors, spouses/common-law partners may be invited separately to an in-person interview with an IRCC officer to address any concerns.

According to IRCC statistics, marriage of convenience was the most frequently observed type of fraud by 78% of Canada’s visa offices.

“A well-prepared Spousal Sponsorship Canada application should not require an in-person interview with an IRCC officer. It is essential to address all potential issues prior to the submission”

What Are The Requirements For The Sponsor

In order to sponsor your spouse to Canada, you will need to meet several key requirements.

Also, you CANNOT sponsor your foreign spouse/common-law partner if...
Finally, the processing of your Spousal Sponsorship Canada application may be SUSPENDED until a decision is made if…

What are the requirements for the person sponsored (i.e. foreign spouse/common-law partner)

Apart from the requirement to be in a genuine relationship, a foreign national (e.g. spouse or commo-law partner) must meet the below requirements in order to be eligible for spousal sponsorship to Canada.

A foreign national and his family members (i.e. dependent children) must:

Foreign spouses and common-law partners who are living in Canada but do not have a legal temporary status (i.e. visitor, worker, or student), may still be sponsored under the Spousal Sponsorship In-Canada Class. 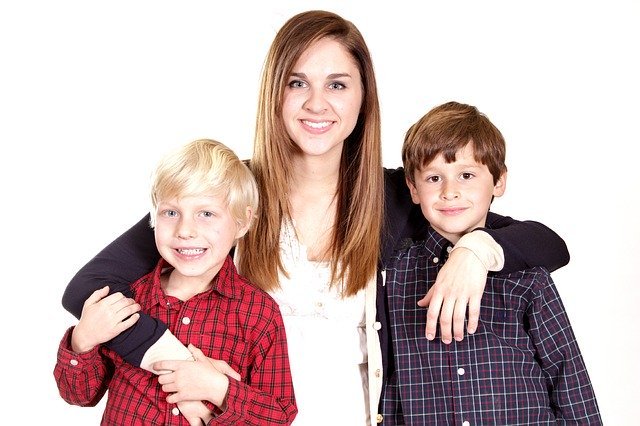 Sponsors who are married, in a common-law, or conjugal relationship with a foreign national who has dependent children of his or her own, may sponsor these children to Canada.

A DEPENDENT CHILD must be under 22 year of age and not married or in a common-law partnership.

Older children of the foreign partner may be sponsored only if they depended on their parents since before they reached the age of 22 and at the same time are unable to support themselves due to a mental or physical condition.

NOTE: that if the foreign spouse or common-law partner has a dependent child who has dependent children of his/her own, the sponsor will have to meet the minimum income requirement to sponsor them to Canada. See low-income-cut-off (LICO) below.

Example: The sponsor marries a foreign national who has a 17-year-old daughter who has a 1-year-old child. All three family members can be sponsored for permanent residence in Canada. The sponsor will, however, have to meet the LICO requirement.

More than 7 persons, for each additional person, add

When to apply from outside Canada

Let’s first discuss situations when you MUST apply from outside Canada:

There are also situations when you can CHOOSE to apply from outside Canada:

When to apply from inside Canada

Spousal Sponsorship Inside Canada application can be submitted only when both the sponsor and the foreign spouse or common-law partner are residing in Canada.

The foreign spouses who do not have a legal status in Canada (i.e. visitor, worker, or student) can still become a permanent resident through the In-Canada application, however, there must not be any other inadmissibility issues (e.g. criminality).

Example: Nicole worked in Canada as a temporary foreign worker for two years. Her last work permit extension was refused because she did not have an LMIA. She no longer has any status in Canada. She has also been in a common-law relationship with a permanent resident of Canada for the past 14 months. She has no other inadmissibility issues and therefore she can apply with her sponsor for a Spousal Sponsorship Inside Canada. 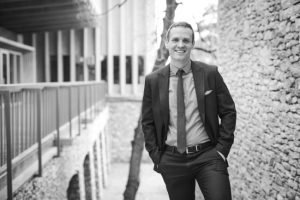 I think you’ll agree with me when I say: It can be DIFFICULT to choose a Saskatoon immigration consultant. Without prior knowledge of the person,

LEARN ABOUT YOUR OPTIONS

I want to STUDY

I want a WORK PERMIT

I want to IMMIGRATE

I am a BUSINESS OWNER

I want to SPONSOR

I want to VISIT

Inquire about our SERVICES